Home Household The History Of The Baseball
Spread the love 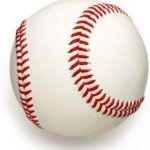 “Stepping up to the plate now like the Iron Man himself. The wind-up, the delivery, the ball hanging there like a pinata, like a birthday gift, and then the stick flashes in your hands like an archangel’s sword.” —T. Coraghessan Boyle

The baseball: A five and one-quarter ounce seamed round ball that is used to play a game that originated from the 17th century game of “rounders” played in England. By the 18th century, this game had made it to the American colonies where it was called “town ball” as an open invitation to any young colonist attending town meetings to join in the play. Without any constraints on the number of players on a team, there could be as many as 25 people who needed a turn at bat before the other team had their chance to be up.

Entering the 19th century, the game was gaining in popularity amongst the sandlot sluggers who were already beginning to live and breathe the sport. By this time, it had taken the name of “round ball” returning to the rounds a player would have to make before getting tagged out. If necessity is the mother of invention, then the early ball that was fashioned out of a one or two-ounce hunk of lead, wrapped in a misleading “cushion” of yarn and covered with a piece of leather could be considered the prototype. Following the original rules of play, it was this “lead ball” that was used to tag the runners out. Unfortunately, the tagging was achieved by throwing the ball directly at the player.

Their flimsy construction caused these balls to come apart easily. Coupled with the pain and welts that players endured as a result of being “tagged” out upon expertly aimed contact, there was a burning desire on the part of one Stoughton, MA child, who had an abiding love for the game, to improve on this model. His name was Ellis Drake, and he would sit at his desk in school doodling out the ideas for a baseball covering as he couldn’t help but daydream about the game. There had to be a better way to keep a game ball together so that game play did not have to come to a complete halt.

As with all invention that comes through hands-on experience and the natural ingenuity that drives certain individuals to make otherwise obvious improvements, eventually logic won the day. Ellis was able to adapt his doodle design by experimenting in his father’s shop. Having all the shoemaker’s tools and materials at his avail, he was finally able to stitch together the two figure eight pieces he had sketched and fashioned out of leather. The simple concept was so perfect, it is the same design still used to make today’s baseballs.

Much like the opportunistic moment that placed Doubleday’s name at the center of the invention of the game of baseball, there were two gentlemen, Harry and George Wright, who seized upon Ellis Drake’s invention within two years of the invention’s arrival – that had yet to be patented. These two gentlemen quickly began to rake in quite a profit from the sale of baseballs to the teams playing. Drake would neither make a dime for his efforts nor be credited with this invention. The game of baseball was being infused into the American psyche as the national pastime at the insistence of the leading sports authority of the time, Spalding.

Standing as a testament to the perfection of design, the baseball continues to be hand-sewn as it has been virtually impossible to automate the process. Debate exists whether a pitcher would be able to tell the difference between machine stitching and hand stitching. The modern baseball is centered around a cushioned cork “pill” that undergoes a series of tightly wound poly blend yarns that are finally covered by cowhide. Rawlings Sporting Goods, Inc holds the exclusive right to manufacture regulation baseballs for the Major Leagues.

Finally, from A Baseball Poem by twinsgirl197 on Mar 7, 2011, a closing sentiment of the game that exemplifies America:

“The beautiful sound of bat on ball,
Watching it fly over the outfield wall,
All began with the familiar call,
Of the umpire yelling ‘Play ball!'”